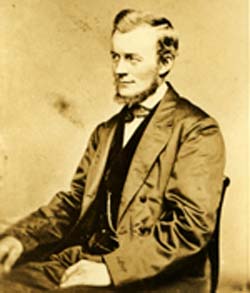 The Museum of Natural History at Roger Williams Park in Providence is celebrating the 100th anniversary of the acquisition of the Manly Hardy Bird Collection this month. Totaling over 2,000 mounted specimens, the assemblage of mainly North American birds was purchased for the City of Providence’s museum by the Audubon Society of Rhode Island in 1913. Its members felt strongly that this impressive collection would be a major asset for the then-17 year old museum. The Audubon Society itself had no place to publicly exhibit it; its lending library was already housed in the Museum.

Collections of this breadth and size were highly coveted a hundred years ago. Upon Hardy’s death in 1910, his family decided to sell the large collection. In the fall of 1912, Museum Director Harold Madison, accompanied by Rhode Island bird naturalist and collector Harold Hathaway, visited the Hardy family home in Brewer, Maine to examine the collection. Both of these men were Audubon members. Both realized the importance of the Hardy Collection and began to brainstorm how to procure it for Providence. A fund-raising campaign to buy the collection was soon underway. To add an incentive, funds were raised by the Audubon Society in memory of one of its most beloved founding members, Annie Manton Grant. Meeting the Hardy family’s deadline purchase date of October 1, 1912, the required sum of $5,000 was quickly raised. 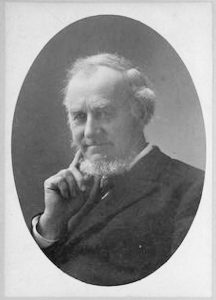 So beloved was the collection by the residents of Brewer that before it was packed for shipping to Rhode Island, the Hardy family opened their doors and permitted a public viewing. Even before the collection was loaded into several freight cars for its southbound trip, the Providence Journal announced its impending arrival on the front page.

From diminutive hummingbirds to regal raptors and California condors, the Manly Hardy Bird collection spans the full systematic range of North American species. It also includes a wide array of birds of paradise species, a favorite of Hardy’s. Due to its antiquarian vintage, the collection also includes many extinct and endangered birds, including Carolina parakeets, ivory-billed woodpeckers, California condors, and a heath hen from Martha’s Vineyard. This assemblage of so many species quickly became the core of the Museum’s bird collection, as it remains to this day. Hardy built his collection primarily by purchase and exchange, though the birds from Brewer he collected and mounted himself.

A furrier by trade, Hardy had the financial resources to build what was touted in his day as one of the largest privately held bird collections in America. It is historically significant in that many specimens bear collector names of 19th century ornithological luminaries such as Brewster, Merriam, Ridgeway and Bendire.

Today the collection continues to serve the Museum’s audience in many ways. Besides being available by appointment to researchers, it provides resources for the Museum’s many exhibits and educational programs. Whether supporting a K-12 school group workshop, a pre-school learning experience or providing specimens for an adult drawing class, the Manly Hardy Bird Collection enhances and enriches the Museum’s full suite of programs. Specimens from Hardy’s collection may be viewed in several ongoing public exhibits, including his Birds of Paradise and Wandering Albatross in the Museum’s Circle of the Sea (Oceania) gallery. A wide array of his other bird specimens are currently on view in Natural Selections, the Museum’s Victorian gallery.

For further information about the Museum, please visit its website at www.providenceri.com/museum or direct any questions to info@musnathist.com.
The Museum of Natural History and Planetarium in Roger Williams Park, Providence is open seven days a week from 10:00 a.m. until 4:00 p.m.; last admission is at 3:30.