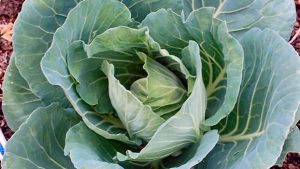 My wife and I are lucky to live in a beautifully unspoiled leftover from Rhode Island’s earlier agrarian days, a small, old dairy farm. The other morning I was walking out to the vegetable garden and just past the barn I flushed a couple of eastern cottontail rabbits, young of the year. The tennis ball-sized little conies bolted out of long, lush spring grass and ran straight through a little gap under the garden gate, taking new shelter in some weeds just four feet from my wife’s beautiful cabbage and lettuce patch. “Darnit, how the heck am I going to get those little guys outta there?” I thought.” My traps have been a bulwark against woodchucks, but it can take days of baiting and re-situating them to catch even one. Today’s nibblers being light and probably less greedy than a woodchuck, with his hankerin’ for ripe peaches, would take forever to trap. Meanwhile they would do for our coleslaw-on-the-hoof in a couple of nights. It would take forever sitting out there with my pellet gun to shoot them out, even if I was into that sort of thing. “You know what I need?” thought I, “Some sort of rabbit predator, like a fox.” We have had foxes. I’ve seen a mangy looking gray fox slinking around the fields off and on. I even saw a coyote once a few years ago, though he was a long way off and didn’t look very competent. Probably one of those compost and road-kill coyotes, never having to really work up a sweat to eat or feed their young ‘uns. Neither of these predators seemed like the sort of defense to which you’d want to trust your family’s roughage.

Well, I kept thinking about the problem for a few minutes while I hoed and watered the rows of young rabbit food. Just as I was going back to the house I caught out of the corner of my eye, like a sign from the Creator, a dark shape wheeling in the sky over the field just to the north… I kid you not, a red-tailed hawk on patrol! “What luck! Isn’t nature amazing!” Quickly gaining the shelter of my barn, I watched from hiding as he spun on—meticulous plumage, precision circles—coming closer and closer to the rabbit warren. “See,” I thought silently, and a bit smugly, “if you don’t screw up nature with a bunch of asphalt and subdivisions, she can keep things in balance just fine!”

Just as my savior reached the area where I wanted him to concentrate his much-vaunted eyesight, and score a virtually certain victory over bunnies and suburban sprawl, events which so far had seemed like an object lesson in the benefits of a balanced ecosystem, took a most unexpected turn. For rocketing up from the Norway spruce by the driveway, flapping as hard as can be, like the burgee on the prow of a speedboat, came a kingbird, screaming straight for the hawk. I’d noticed the kingbird in the treetops around the yard a couple of days earlier, “That’s three kinds of flycatchers in residence [phoebe, great crested, and kingbird], how cool is that.” It was a bird I’d first learned to recognize while I was still no more than 10 and loved birdwatching with my father. He told me, “You can always tell it’s a kingbird if its flying up and down from a high perch catching flies and if it looks like its tail’s been dipped in white paint.” It was like seeing an old friend, right in my own yard.

Well that was then and this was now. “Darn it! Get away from there you stupid bird.” The hawk seemed to take the incoming missile in stride, banking right and narrowing his last loop to avoid the pint-sized pursuer and continue his perusal of Nature’s menu. No such luck. The kingbird was all over him….pulling back on the stick and applying hard right rudder, the attacker came out behind and above his bogey…which he proceed to peck at between whatever passes for shoulder blades on a buteo. That made the hawk begin flapping and he started gaining altitude slowly, though he was still trying to keep up the big circles over the field as best he could. The more the hawk tried to feign nonchalance, the cockier or more outraged the kingbird became. Before long the kingbird was flying loops, twists, and dives all around the hawk, pecking away at him and cackling and squawking and flapping. It was too much. The hawk finally straightened out and began flapping heavily back to the north, each wing beat carrying him further away from the kingbird’s ostensible turf AND my rabbit problem.

I was fit to be tied. But it was hard to avoid the larger lesson. Everything is sometimes good and sometimes bad, and you’re not likely to be able to say for certain which is way it’s going to be in any particular circumstance. In fact, it’s the surprise that tells that Nature’s still there working, all the time working. Sometimes that affirmation is all you can take away, because Nature is so much bigger and more complicated than we can comprehend and “She’s gonna do what She’s gonna do,” whether that’s for the benefit of hawks or bunnies or cabbage or erstwhile farmers. In fact, when we learn just a little something about Nature, like that kingbirds are prone to mobbing hawks, it makes being outside watching things all the more riveting. The whole exchange was a wonderful lesson.

Epilogue: It is very important in life to be able to distinguish battles won or lost from wars won or lost. When I came driving up the driveway from work 8 hours after my morning morality play with the cabbages, rabbits, hawks, and kingbirds, I was greeted by my cat, Moo. At the sound of the car, she came trotting out of the tall grass carrying in her mouth…a small rabbit, dead. Proudly she set it down at my feet and then meowed to be let in. Did she read my mind? Was she on the same team as hawk and the cabbage playing against the team with the kingbirds and bunnies? Did my agent take a bite out of Nature?

I’d love to have had the hawk catch and eat the rabbit, but that wasn’t as easy as I thought it would be given that I wasn’t prepared to shoot the kingbird, first. I’d have shot the rabbit myself if I’d had the patience to sit in the garden long enough, which I don’t. So when is a house cat that we let outdoors during daylight hours the menace to wildlife and biodiversity that we’ve been lately warned she is, and when is she a four-footed, kibble-powered rabbit trap—a labor saving device for busy farmers? Like the difference between getting your meat in a styrofoam tray versus killing a large warm-blooded animal yourself, would it change anything if I was committed enough to home-grown lettuce to do the deed myself? For that matter, they could all live the lives Nature ordained for them if I kept the cat in and bought my lettuce in the grocery store but I’ve been given a litany of problems that would cause. Now I’m terribly conflicted about the whole thing, but my life is much richer for the nature lesson and modern moral conundrum. I wouldn’t trade the experience for all the settled questions of nature in all the suburban lawns in Rhode Island.